A third of the UK has problems with neighbours 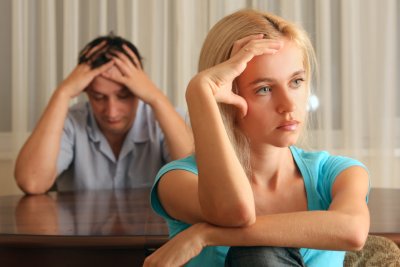 A third of the UK has problems with neighbours

18 million residents, or a third of the UK’s adult population, have faced disputes with their neighbour over the past 12 months, and half of those have been left feeling stressed or depressed.

38% of those questioned said that they struggled to sleep because of stress caused by their neighbours. A further 24% want to move to a new area to escape the problem, the study carried out on behalf of Ocean Finance found.

Most residents who have suffered misery caused by neighbours have experienced more than one problem.

Of those who have experienced nuisance neighbours, the most common annoyance is excessive noise (57%), including stomping around the house, loud arguments and late-night parties. Around 30% have suffered rude or abusive neighbours and a further 15% said their neighbour used intimidating or threatening behaviour.

A further 50% complained that their neighbour doesn’t look after the exterior of their property or there are problems with litter and rubbish being dumped, which blights their community.

Regionally, London has by far the highest number of incidents, with 52% of those questioned saying they have encountered some form of nuisance neighbour during the past year. Welsh residents were least likely to have encountered neighbour annoyances (26%), compared with the national average of 36%.

Respondents from Northern Ireland, the North West and South West were most likely to encounter a neighbour who uses intimidating or threatening behaviour, while those in the North East were the least likely.

Worryingly, 13%, the equivalent of 7 million residents, admitted they do not know which organisation to contact to resolve a neighbour dispute. An overwhelming 57% of those affected would tackle the problem directly with their neighbours and just 16% would contact the police or their local council.

The government recommends the following steps when dealing with a neighbour dispute:

1. Speak to your neighbour

2. If your neighbour is a tenant, contact their landlord

3. Use a mediation service

4. Complain to the council