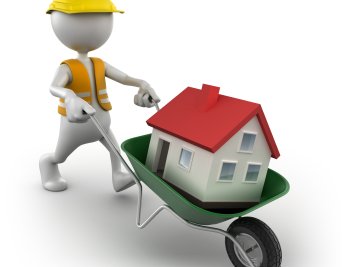 The Government has kick-started its affordable homes programme by announcing the fast-track building of thousands of houses on publicly-owned land.

This kind of large direct commissioning approach marks a “radical” policy shift, according to the Government, as this tactic has not been used since Thatcher and Heseltine began revamping London’s Dockland district in the 1980s.

Builders will start on the 13,000 homes this year on four sites near London. Around 40 per cent will be affordable ‘starter homes’.

The Government first showed an interest in creating more affordable homes in the 2015 Budget, and fleshed this out in last year’s Autumn Statement.

Prime Minister David Cameron says: “This package signals a huge shift in government policy. Nothing like this has been done on this scale in three decades – government rolling its sleeves up and directly getting homes built.

“Backed up with a further £1.2bn to get homes built on brownfield sites, it shows we will do everything we can to get Britain building and let more people have the security that comes with a home of their own.”

Communities Secretary Greg Clark says: “This radical new approach will mean the Government will directly commission small and up-and-coming companies to build thousands of new homes on sites right across the country.

“This, and the £1.2bn new starter homes fund, will help thousands of people to realise their dream of owning their own home.”

The pilot for direct commissioning on publicly owned land will start on five sites: Connaught Barracks, in Dover; Northstowe, in Cambridgeshire; Lower Graylingwell, in Chichester; Daedelus on Waterfront, in Gosport and Old Oak Common, in North West London.

Federation of Master Builders chief executive Brian Berry says: “When it comes to building new homes, the availability of small sites is the single biggest barrier to SME house builders increasing their output.

“Any measures that the government can introduce that will increase the number of small sites suitable for SME house builders will help address the housing shortfall.”