How far will people move to get on the property ladder? 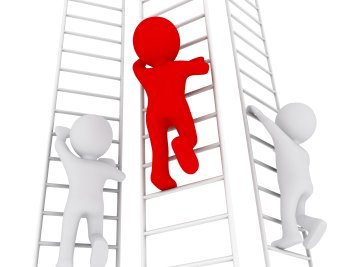 How far will people move to get on the property ladder?

A new report has revealed that almost 13m people plan to move over 20 miles in order to be able to afford to buy their first home.

People who have climbed on to the property ladder over the past five years had to move on average 17.8 miles away to an area that they could afford. One in 20 (4.6%) of these first-time buyers moved over 100 miles away to do this and 47,000 moved over 500 miles.

The findings are from the Consilium Strategic Land Fund (the ‘Fund’), which invests in land sites predominantly in the South East of England with the aim of delivering an annual return of 12% a year. They suggest that this issue could get worse as property prices continue to rise.  The research reveals that those people planning to eventually buy their first home believe they will have to move on average 23.3 miles in order to be able to afford to do this.

Around 798,000 people believe they will have to move over 100 miles and 281,000 expect to move more than 300 miles away from where they currently live in order to get on to the property ladder.  Around 422,000 people think they can only do this if they move abroad.

Joanne Luce, Director of the Consilium Strategic Land Fund said: “Our findings are shocking.  People should not have to resort to moving hundreds of miles away in order to get on to the property ladder.

The ramifications of not being able to buy their first home are not just affecting those eager to do this but also their families.  Consilium’s research  found that 25% of those adults currently living at home with their parents do not expect to be able to buy their own home until they are aged 35 and over, and 12% of them don’t think they will have enough money to do this until they are over 40. Depressingly 6% do not think they will ever be able to afford to do this.”

The Consilium Strategic Land Fund focuses on land investment opportunities that are at the most profitable stage in their development cycle – those sites that are in the ‘change of use’ or ‘re-zoning’ phase and can be promoted to obtain a change of planning status.  The Fund will target land administered by local councils in the South East that do not have a five-year housing supply, which means these sites have the potential to be accelerated through the planning process.

Land sites identified by local government as strategically important for future residential or mixed-used development, but which do not have outline or detailed planning consent, will also be considered by the Fund. The aim is to increase their value by promoting them through the re-zoning or change of use planning process before being sold to a developer.