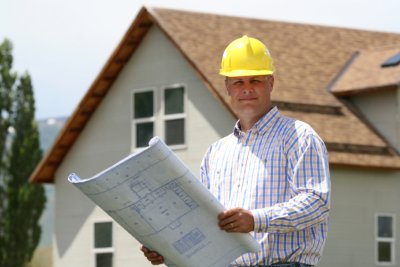 Housing starts recovered in quarter three, reversing some of the drop in activity seen in the second quarter, official figures show.

On a seasonally-adjusted basis the Department for Communities and Local Government reported a total of 34,250 housing starts in the third quarter, an increase of 1.8% compared to quarter two.

Compared to the same time last year starts are up by 2.3%, continuing a steady but slow rise in housebuilding activity.

The balance of builders in the quarter three House Builders Federation survey who reported that their work in progress was insufficient to meet demand was 28%.

Hansen Lu, property economist at Capital Economics, said this implies that even though buyer demand appears to be sound, labour and materials shortages have meant that builders have been struggling to boost the supply of homes.

Lu said: "On a positive note, materials shortages do appear to be easing. The proportion of builders reporting materials availability as a major constraint on production fell in the latest quarter, and has fallen from 64% to 22% over the past year.

"But less positively, labour shortages have been worsening. The proportion of builders reporting labour costs as a major constraint ticked up from 33% to 36% during quarter three, while for labour availability, this rose from 49% to 60% – the second highest reading on record."

He added: "But with unemployment already close to record lows, and wages rising at a healthy pace, much of the slack in the labour market appears to be gone.

"So while materials shortages appear to be easing, it may be much more difficult for builders to increase their supply of labour. Consequently, we see housing starts picking up, but only gradually, over the next few years."