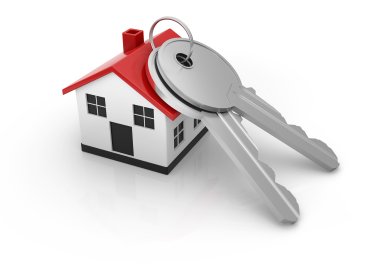 Nine million UK renters (45%) say they will never be able to afford their own home, according to the latest Post Office Money Mortgages survey.

The survey found that of the 20 million people currently renting a property in the UK, nearly half (45%) expect to remain shut out of the property market for the foreseeable future.

The average age that people expect to be able to get on the property ladder has risen to 36-years-old up from 35 last year, suggesting that rising house prices and the slow upturn in the economy remain challenges for first-time buyers. The expectation that they will have to wait until their mid-thirties is shared across most would-be buyers, with those in the East Midlands the most sceptical, fearing they will be 46 before buying a home of their own.

The survey revealed that raising a deposit is perceived as the biggest barrier to getting a foot on the property ladder. UK renters believe, on average, that it will take them eight-and-a-half years to save enough for a deposit, with one in ten (10%) expecting to wait for more than a decade.

However, one in four prospective home buyers (28%) claim they will never be able to afford a deposit unless their circumstances dramatically change through a better paid job or cash windfall. Not being able to afford mortgage repayments (17%) is also a key concern.

John Willcock, head of mortgages at Post Office Money, said: “The average age at which non-homeowners expect to get a foot on the property ladder has increased to 36 over the past year, which is a worrying trend. It is clear that there is still a long way to go to inspire confidence in the first-time buyers’ market, with nine million feeling they won’t ever be able to buy their own property.”

“The size of a deposit is clearly the biggest hurdle that people face, with only 31% expecting to be able to raise the money alone.”

A third (31%) of those looking to buy a property say they would save the full amount for the deposit themselves. One in four (25%) will take advantage of the government’s ‘Help to Buy’ scheme. Others will rely on loved ones with help from their parents (13%) or partners (19%).

Nearly half (46%) of those who don’t currently own a property say they would be encouraged by a fall in house prices, though this may still be a long way off as prices are still on the up, with a 5.7% increase in the year to June 2015.

Meanwhile, 26% of renters believe more assistance for first-time buyers from the Government would be a great help. Lower interest rates would lead 24% of non-home owners to buy in the near future, whilst the re-introduction of no stamp duty for first time buyers would encourage 14% to take the leap.

Hitting important milestones in life, such as getting married (13%) or starting a family (10%) are also triggers for first-time buyers.

However 11% of renters (more than two million people) say they enjoy the freedom of renting and admit they have no desire to own their own property.